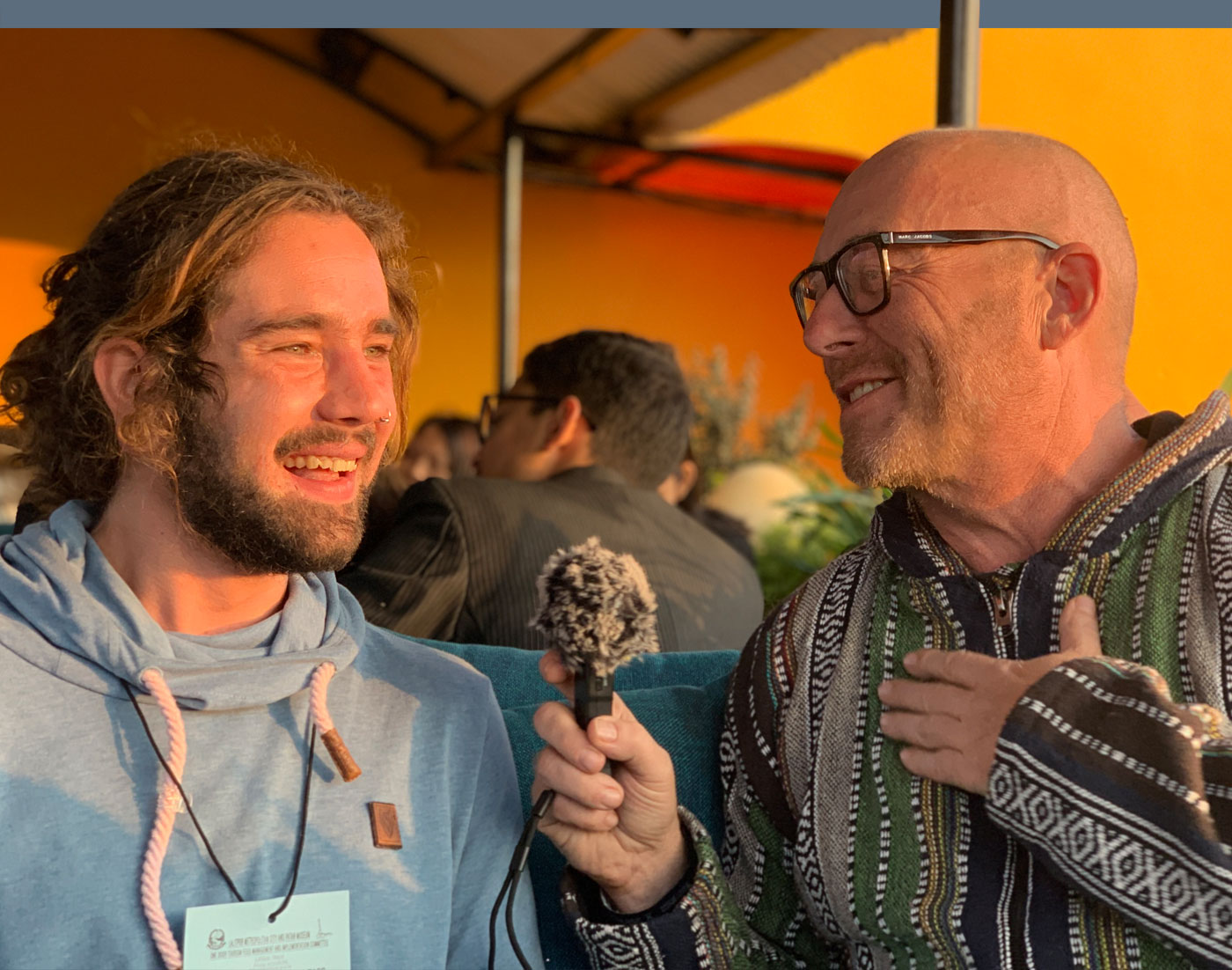 Recently I was in Dubai and heading to Kathmandu in Nepal. On the flight next to me was a young guy with one of the friendliest smiles I’ve seen in a long time.

On the flight, we became instant friends and decided to hang out some more when we got to Kathmandu.
That young guy was Robin from Germany.
This is an interview episode and you do not want to miss this one, because Robin is a very different type of full-time traveler than most of us. And the way he travels has really inspired me a lot for my future adventures.
Robin Ey Manni is 28 years old and has been traveling full-time for seven years.

I also met Robin’s Nepalese friend, A Jay. He is really a nice guy and Robin sees him as a friend for life and a second home.

A Jay went out of his way to show us around and I’m still in contact with him.

If you are going to Nepal, reach out to A Jay. He enjoys getting visits from travellers. He just bought his own tuk-tuk and will be able to take you around. He would be a great guide and you could pay him a bit so he can support his family.

He’s a proud man and probably will say that he doesn’t want your money, so you might need to persuade him. 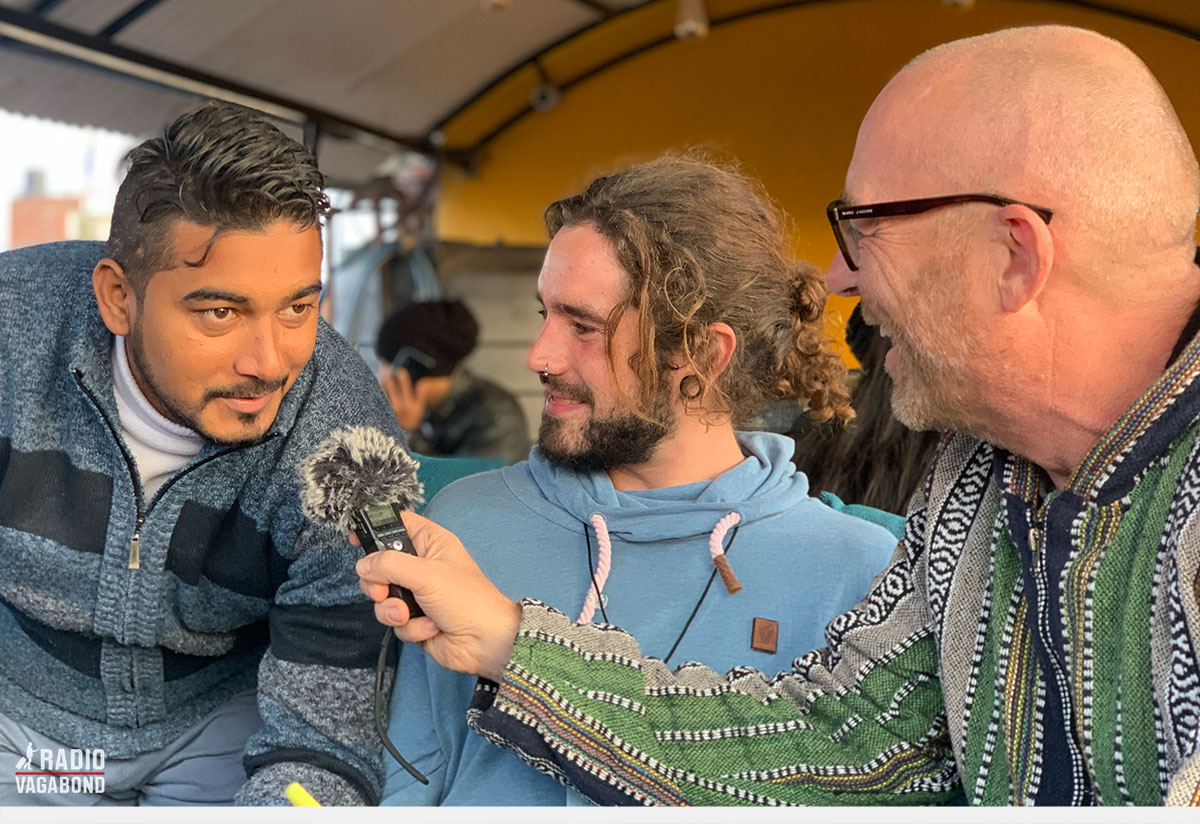 A Jay on the mic.

Soon there will be another episode from Cape Town. Here I talk with four different Uber drivers about what makes Cape Town special – and visit the District Six museum and tell you the story of a vibrant part of the city that got demolished by the apartheid regime in the 70’s and still to this day is mostly an empty field.