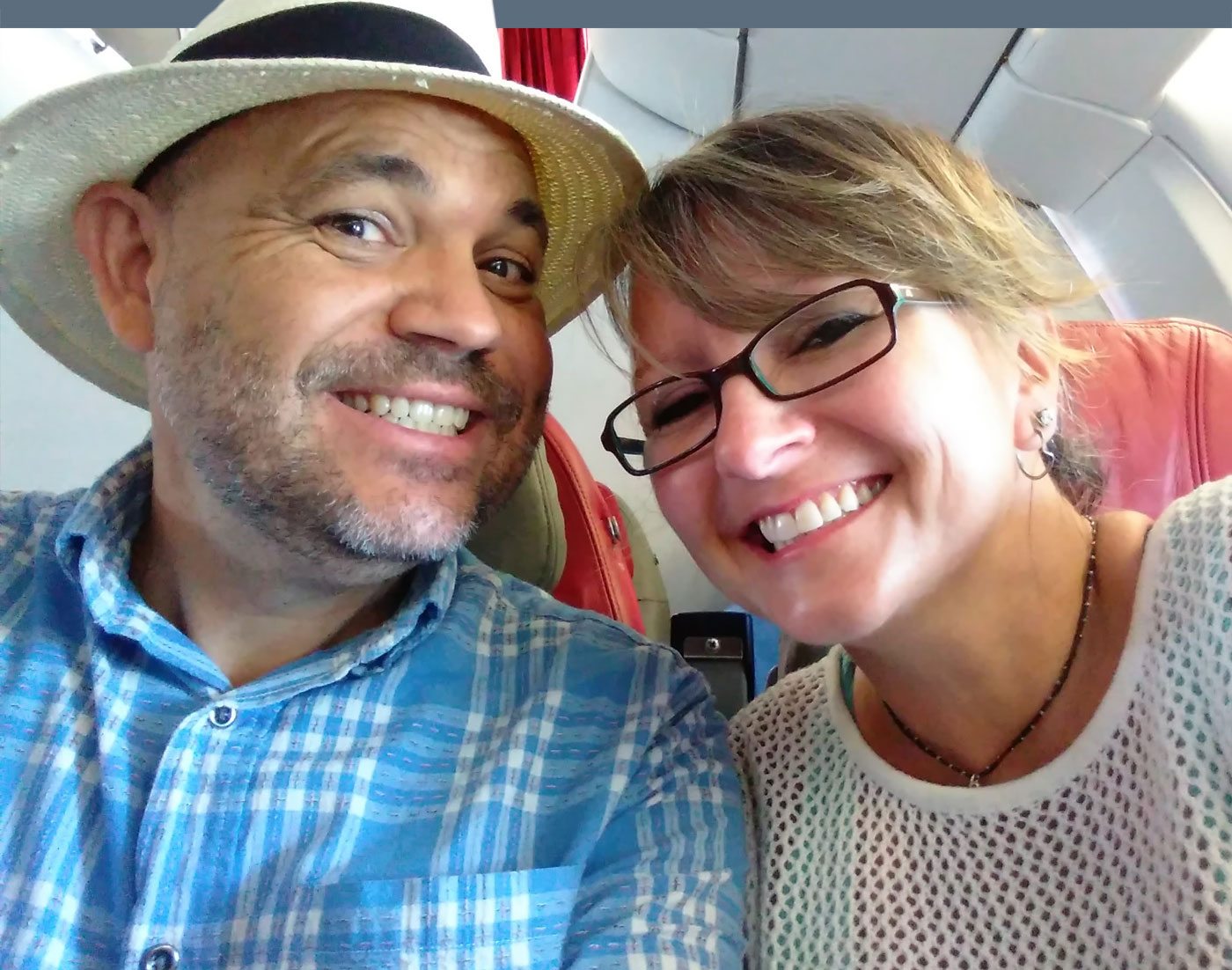 Sheila Dee and Evo Terra are friends of mine. I met Evo in Manilla at TBEX Asia in 2016, and when I got to Bangkok a few months later, they offered me to stay with them.

At that time they were living in a beautiful condo with a fantastic view of Bangkok, after traveling the world for a few years.

It started as a sabbatical became an epic world-wide journey for over three years. They basically did what I did: Sold everything to explore life on the road – and (like me) they were podcasting about it.

One day they got a call from their son and daughter in law telling them that they were about to become grandparents. And that made them decide that it was time to return to their home town, Phoenix, Arizona.

And that’s where I meet them – in their podcasting studio, that they call ShEvo Studio.

In this episode, we talk about what it’s been like coming back to “the first world.”

Together Sheila and Evo have done different podcasts. The newest is called ShEvo vs. The First World.